The first freight service has been launched on Kenya’s 472km standard gauge railway between the capital of Nairobi and the coastal city of Mombassa.
The 52-wagon train carried 104-containers, which is almost the equivalent cargo to that which is transported daily between the two cities by trucks, according to president Uhuru Kenyatta.
Departing Mombassa at 5:45am on January 1, 2018, the inaugural Madaraka Freight Service arrived at the new Inland Container Depot, Nairobi, at 2:40pm.
President Kenyatta said that the service would make it easier to “do business in the country” by reducing the cost of transporting goods and the number of delays.
It will also attract world-class manufacturing, he added, and subsequently create jobs and business opportunities.

In a statement released in November, Kenya Railways’ managing director Atanas Maina said that the service was ready to be launched following the successful transportation of maize, rice and milk during trials.
In a continuation of the Chinese backing of the line, 1,620 freight wagons and locomotives have been ordered from China. As of November, 980 had been delivered.
Initially four trains will operate on the service each day but this could increase to eight.
Around 1,300 Kenyans and 550 Chinese expatriates have been trained to operate the freight service.
Kenya’s standard gauge railway was launched in May, 2017. 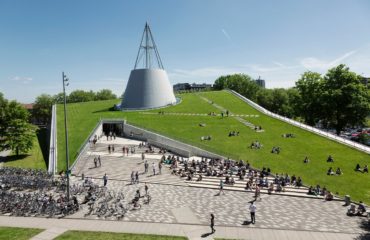