Fully ture Railway Mobile Communication System (FRMCS) is the future worldwide telecommunication system designed by UIC, in close cooperation with the different stakeholders from the rail sector, as the successor of GSM-R but also as a key enabler for rail transport digitalisation.

The first Global FRMCS Conference took place on 14-15 May 2019 in Paris, UIC headquarters.

This conference will be a unique opportunity to know about the current status of FRMCS specification and standardisation, to understand the global timeline of its introduction and to consider the operational impacts of the foreseen migration scenarios. It will also provide a global vision of the various rail evolutions that will benefit from this new system as a common support to train modernisation.

A global attendance
Over 200 participants from several countries and from many diverse areas such as telecom and signaling domains, regulation authorities and standardisation bodies, railway infrastructure managers and railway undertakings but also industry leaders and manufacturers are expected to attend this international conference whose aim is to facilitate an open, relevant and comprehensive exchange of information between the numerous actors of the rail sector.

In 1994, ETSI GSM standard was selected by UIC as the bearer for first Digital Railway Radio Communication System. Needs of railways were captured in dedicated specifications named EIRENE, including both functional and system aspects. These specifications were reinforced as GSM-R within ETSI/3GPP international standards.

The first operational implementation of GSM-R targeting the setup of this new technology was launched in 1999, and the first countrywide GSM-R operation started in 2004. In parallel, the EU Directives officially adopted the GSM-R as the basis for mobile communication between train and track for voice (train radio) and control-command and signaling data (ETCS), with the aim to form a worldwide standard, the European Rail Traffic Management System, the now well-known ERTMS.

Some of the clear objectives of ERTMS were to create a full homogeneity in the European railway networks, to optimize the global investments for train operations, and at the same time to guarantee the interoperability between national networks and commercial vehicles everywhere. This interoperability is regulated through the European Directives and the Technical Standards for Interoperability of Control Command and Signaling (CCS TSI), published by the EU and supervised by the European Union Agency for Railway (ERA).

GSM-R has been a great success not only in Europe where more than 100,000 Km of railway tracks are daily operated through GSM-R but also worldwide, and this number will double within the next years due to the on-going installations of this technology all over the world,

Nevertheless, on one side the needs of the railways are constantly evolving, and on the other side the telecom standards evolution remains dependent of the telecom industry evolution cycles, with an end of support for GSM-R planned by 2030 onwards.

These considerations led UIC, as soon as 2012, to launch the first studies for a successor to GSM-R, pertinently named Future Rail Mobile Communications System (FRMCS),

The UIC Project then concretely delivered the new User Requirements Specifications (URS) focusing mainly on rail communication needs- as a basis for the development of the GSM-R successor.

This anticipation was highly welcomed by the railway industry and resulted in structuring the FRMCS initiative with the following governance and workgroups:

The missions of these groups also encompass the following key activities:

The rail Industry stakeholders are kindly invited to review the latest URS v3.0.0 and to send their comments by filling the URS Review Template provided below together with the FRMCS contact persons.

As a conclusion, FRMCS has the objective to become the worldwide standard, conforming to European regulation as well as responding to the needs and obligations of rail organizations outside of Europe. As such, the UIC FRMCS project duly associates non-European members and is a first concrete application of UIC strategy to build a Global Rail Traffic Management System for the whole rail industry. 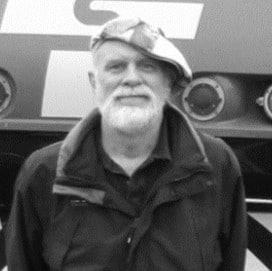 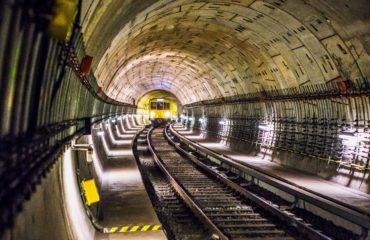 The seasons of your career