A milestone in the preparations for the opening of the core section of the Crossrail east-west link across London was reached on the night of February 25-26, when a Bombardier class 345 Aventra EMU ran under its own power for the first time through the tunnel beneath the River Thames.
The train began its journey at Abbey Wood station, entering the new tunnel at Plumstead and heading for the Connaught Tunnel before returning to Abbey Wood.
The 25kV ac electrification in Crossrail’s tunnels beneath central London was energised earlier this month.
Transport for London (TfL) says the Crossrail programme is now 90%-complete with Elizabeth Line services on schedule to begin operating in December.
Initially the network will comprise three separate routes: Paddington (low level) – Abbey Wood; Paddington (main line station) – Heathrow Airport, and Liverpool Street (main line station) – Shenfield. From May 2019, direct services will operate from Paddington (low level) to Shenfield and Abbey Wood, with Heathrow services continuing to use the surface platforms at Paddington.
Post from http://www.railjournal.com 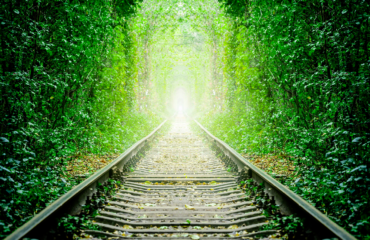