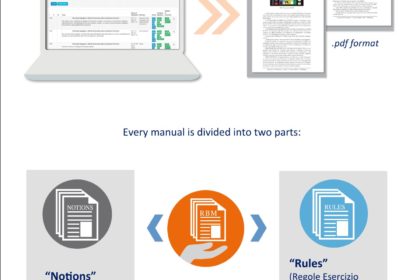 With No. 2012/4 ANSF [1] Decree coming into effect, as referred to in No. 2012/1 ANSF Directive, all Italian Railway Undertakings (RUs) and Infrastructure Managers (IMs) must rearrange the contents of the pre-existing set of rules within their own Safety Management Systems (SMS). To do so, in compliance with the “Reference System” the various components will merge into a single “Rule Book Manual”(RBM) used by the staff undertaking safety-critical tasks (train drivers, train checkers, train conductors, rolling stock inspectors, etc.).

The RBM Project originated from the idea of providing Railway Undertakings and Infrastructure Managers with an innovative, IT based and web oriented document management system targeting all railway safety-critical tasks and operational contexts. The RBMs generated by the system are designed to be viewed on either a personal computer or mobile device and provide access to content that is relevant to railway staff competence. All materials can be constituted into a single digital document in which a dynamic set of handbooks are brought together.

A differentiated approach – on the basis of principles, notions and procedures in ordinary or back-up operating conditions – makes also the organisation of teaching and staff training activities easier and increases learning efficiency and effectiveness.

IMs and RUs must ensure that all requirements concerning rules and procedures as well as documentation are met by the establishment of the appropriate processes. The set up of these processes is a relevant part of RU’s and IM’s Safety Management System (SMS) as required by Directive 2004/49/EC. In Italy, the SMS itself is assessed by the relevant National Safety Authority (NSA) before granting safety certificate/authorisation.

With the enactment of No. 2012/4 ANSF Decree, whose annexes A, B and C respectively set:

A – The assignment of railway safety tasks to railway operators

and of No. 2012/1 ANSF Directive, laying down the “Guidelines for the performance of activities by railway operators following the reorganization of the railway regulatory framework”, the Italian National Railway Safety Authority ANSF, according to 2007/162 Legislative Decree implementing the 2004/49/EC and 2004/51/EC Directives related to the safety and development of the Community’s railways, ordered the “regulatory framework’s reorganization”.

The “reorganization”, necessary to align the regulations that were previously in force to the Legislative Decree 162/2007, aims to:

To that extent, the new Italian National Railway Regulation (Regolamento Circolazione Ferroviaria, RCF), issued by ANSF in 2012, ratifies the highest principles and delegates to railway operators the management of the operating rules, starting from the “Reference System”. All the contents must be adopted in compliance with the standards set by No. 402/2013 CE Regulation on the common safety method on risk evaluation and assessment.

ANSF, for the activities resulting from the reorganization of the regulatory framework:

Consequently, the regulatory framework reorganization, according to No. 4/2012 ANSF Decree, represents a unique opportunity for IMs and RUs to reach another very important goal: the improvement of efficiency and effectiveness in the rail system.

TRAINing has then developed one single “database”, which collects all the provisions derived from the regulations applicable before the entry into force of No. 2012/4 ANSF Decree. The provisions were updated according to the new National Railway Regulation (RCF), interface procedures of the IM, regulations of RUs, organizational/technological developments, etc.

The web-based software extrapolates then all the rules and notions from the database according to the roles, operating contexts and train protection / train control systems selected by the user. The software generates the RBMs in .pdf format, compiling them with Latex Technology that ensures a very high typographical quality.

In order to build the database, railway staff roles, operating contexts and train protection / train control systems deployed by IMs and RUs have been identified.

For the roles, the following safety-critical tasks have been taken into account, in compliance with the annex C of No. 2012/4 ANSF Decree:

For the operating contexts, that each IM and RU can define according to its own safety management system, the chosen criteria are:

1) the type of the commercial service:

The Reference System indicated by ANSF has been then analysed and classified according to the following criteria:

Every single notion and rule has been then associated to the roles, the specific operating contexts and the train protection / train control systems indentified.

The content of the database has been finally updated according to:

Additional changes were made in order to improve the editorial layout (introduction of new figures, homogenization of acronyms, etc.).

The web-based software extracts the information according to the selected criteria mentioned above and generates the RBMs for every single RU and IM. Every authorised user that accesses the web-based platform can consult the information stored in the Database (current and historical) and can generate the RBMs customised for their respective RU or IM, as the software:

The sofware recognises the profile of the RU/IM on the level of:

and generates the RBMs to be used by railway staff, according to their role.

Every RBM is divided into two parts:

The NET are structured in sections with a thematic sequence coherent to the one used in the RCF and contain the following paragraphs:

Section Generality explains the evolution of the regulatory framework and the use of the RBMs by the relevant railway staff.

Section Safety-Critical Tasks lists the competences that railway staff must acquire and maintain in order to perform their tasks safely.

Section Infrastructure describes the lines and the relevant line-side equipment.

Section Train Movement describes describe train operations in normal situations for the routes to be worked over and the rolling stock used on those routes.

Section Train Documents explains the different types of train documents that the RUs utilise. The RU must supply the Train Drivers with all the necessary information and documentation required to carry out their (careful of being gender specific) duties, as well as the safety-related communications between train crew, other railway undertaking staff and staff authorising train movements.

Section Brake Test adopts the subjects contained in the previous instructions concerning the activity of the continuous automatic braking systems.

Section Technical Inspection of Vehicles concerns the principles associated with that activity.

Section Dangerous Goods, describes the regulations applicable to the transport of dangerous goods.

Section Degraded, Emergency Working describe train operations in degraded and emergency situations for the routes to be worked over and the rolling stock used on those routes.

The RET are structured in sections that correspond to the logical sequence of railway operations:

To make the RBMs more user friendly for Railway Staff; both parts (NET and RET) have a three letter code (as outlined above), this guides the user through the various sections and sub-sections in a logical numbered sequence which includes any revisions.

The process for updating the Driver’s Rule Book includes the following steps:

Any update of the Rule Book manuals is highlighted by a symbol beside the new text and by date of entry into force.

With the adoption of the Rule Book Manuals, RUs and IMs can fulfil the reorganization of their regulations according to the criteria established by ANSF with the No. 2012/ Directive and No. 2012/4 ANSF Decree, with the support an innovative document management system that profiles the rules applicable to the roles and the specific operational contexts defined in their safety management systems.

The reorganisation of the regulatory framework has been carried out by TRAINing according to the method of the “reference system” foreseen in Regulation (EC) No 402/2013 on the adoption of a common safety method on risk evaluation and assessment.

The document management system developed by TRAINing provides a clear hierarchy of rules (principles, notions, rules and procedures in normal and back-up operating conditions), facilitates the organization of railway operations, enhances railway safety and makes the organisation of teaching and staff training activities easier and increases learning efficiency and effectiveness.

The association of each “Notion” and “Rule” to the roles, the operational contexts and the train protection / train control system in place overcomes.

The software and the web platform recognise the profile of the user and customise the Rule Book Manuals according to the roles, the operational contexts and the train protection / train control systems deployed by the operator.

In addition to keep the Rule Book manuals updated, the TRAINing provides advice and support on a wide range of subjects concerning the practicalities, logistics and ‘people’ aspects of railway operations. TRAINing has also developed strong links with engineering disciplines both within the RUs, the IM, the Italian rail industry and in Europe. 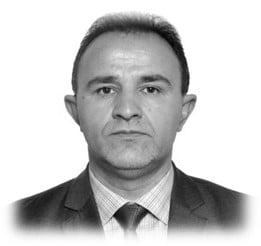 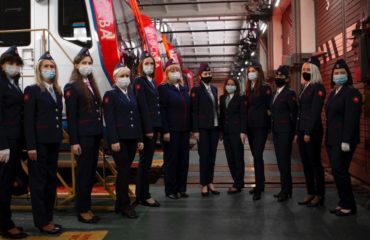 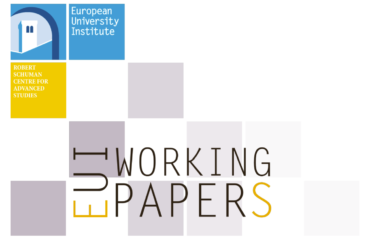